For injection moulding it is well known that one requires the good old injection mould. A lump of steel with absolutely no appeal whatsoever and generally with a huge price tag. Superficially the end customer tends to think that the unavoidable mould costs are part of his problem. Only insiders know that the injection moulder, as processor, has an ever greater interest in proper tooling. Injection moulds are being purchased all over the world and there is a huge variety in considerations of how, where and at what costs to source injection moulds.

Let’s take a look into the mould costing analysis and purchasing strategies mainly from an economical point of view. Let’s also see what end customers and processors have as mutual interests and which strategy serves best for all parties involved. End customers tend to judge the non-recurring mould costs as a bit of a pain in the ass. The unavoidable investment to set up production and sales of the products derived from the mould.

One might have strategic or economical reasons to really judge and assess mould costs as one-off investments. Local tax rules may play a role in how to process these costs into the accounting system but in general they are judged as costs.

In reality however the unavoidable mould costs should be judged as ‘facilitating’ costs in order to ensure swift, smooth, high-levelled, fast, constant and high-quality production which is supposed to feed sales. As such the mould costs are, without any doubt, always part of an amortisation of some kind.

The investments into tooling could be better seen as part of the product price instead of a preceding burden. Unfortunately the latter is usually the way it is approached in organisations as a result of which the drive is at minimising the investment costs.

So it seems there is a conflict of interest between the processor and the end customer when it comes to mould investment costs. However if one is willing to change the cost assessment model into an amortisation model one is able to find a mutual acceptable pricing.

End customers should realise that incomplete marketing models shift sales risks onto the processor who might even take additional risks in order to cope with this. A cumulation of such risks usually disrupts future business relationships. 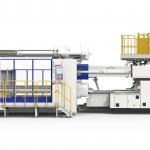 4 innovative automotive design trends that will grow in 2022


Fill out my online form